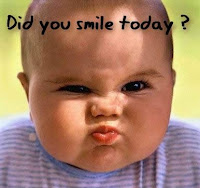 You ever propose to go to Milan in Italy? You will suffer if you are a serious person. Because, in Milan if you ever appear in public, there should be a smile on your face! The law in the province of Milan requires every citizen to wear a smile. If arrested for violation, the fine can go unto $100. You are exempted from this law only if you are visiting a patient in hospital or you are attending a funeral.
Italy has got many strange laws, some nationwide and some pertaining to towns or provinces. Here are a few examples;
* In Italy, a man can be arrested if he’s wearing a skirt!
* In Turin(a city in Northern Italy), dog owners can be fined heavily unless they walk their dogs at least three times a day!
* In Lerici(another northern city in Italy), it’s illegal to hang a towel out of a window to dry it!
* In Rome, groups of three people or more are not allowed to sing, drink, dance, or eat in the streets of the city, lest they want to face a €500 fine!
* In Eraclea, it’s illegal to build sandcastles on the beach!

Although these laws are mostly ignored by citizen in Italy (as is the case with public smoking in our place), there do are such laws there. It means, if somebody wants to give you a kick, there can be many ways of doing it in the form of fine.

Posted by Vaisakhan Thampi at 8:47 PM

Read in another language