Why shouldn't we use mobile phone at petrol pumps? 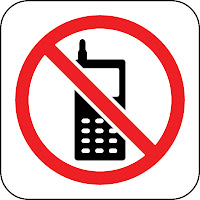 All among us have seen a warning board 'Don't use mobile phone' or something like that in petrol pumps (gas station in US). Haven't we? But do we really know why we should not? Isn't it interesting to notice that this warning is based on a pure myth? Yes, it is.
The warnings of mobile phone hazards in petrol pumps started circulating by the beginning of 2000's, pointing to a petrol pump fire happened in Indonesia in 1999. The driver of the car was said to be using his mobile phone and the pump got fire. But the truth is, there is no direct evidence available anywhere to prove that such an incident ever happened.  Many other similar baseless stories are circulating widely through internet. There are independent authentic study reports published by American Petroleum Institute, Australian Transport Safety Bureau and Australian Mobile Telecommunications Association all of them saying they could never find a cell phone ever causing a fire. They had chosen around 300 petrol pump fires happened worldwide, for their studies. And so this warning stands purely based on a myth! Almost all the reported petrol  station fires have been caused by static electricity (similar to what happens in clouds in thunderstorms).
Now a few words on the science of the matter. The risk which the petrol pumps are taking is that of a spark that can set off the petrol to fire and so to explosion. The minimum energy a spark should possess to ignite petrol vapor is around 0.2mJ. It is true that a fully charged mobile phone battery contains around 5 million times this energy. But the problem is, they are not designed to make sparks! If the internal circuitry is very faulty, lithium ion batteries can explode while charging. But how many of us use a mobile phone that is being charged in a petrol pump? Of course, the internal electronics of the phone can make a spark but it will be too small. Why should we bother only about mobile phones when the stereo or pocket-torch you use has higher risk of spark inside? Leave them all, what about the heavy Car battery which is capable of giving you a good shock if you don't handle it properly? Anyway it is becoming customary to blame mobile phones for whatever happens wrong, from infertility to memory loss, right?

(Possibly there are two reasons why mobile companies themselves issue such a warning. One is mobile phones don't come with in-built safety measures against truly hazardous highly inflammable situations. Second is the fear of legal liability if ever anything goes wrong somehow. Anyway let us strictly avoid mobile phones while driving)
Posted by Vaisakhan Thampi at 10:02 AM

Read in another language